Prize of the Saltworn Mariner 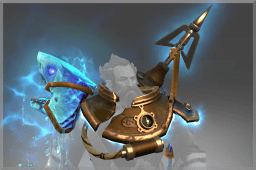 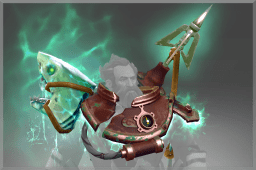 When he was just a lowly midshipman, and a young boy first at sea, the stories were meant to frighten. Whole fleets lost to a razortooth pointer--measuring longer than a frigate and twice as fast--hunting for sailors in their ships like a wolf seeks marrow in the bone. But Kunkka paid the tales no mind. He thought them mere rum-fueled scuttle, swapped to scare the cabin boys, and he had ranks to climb. It was only many years later, after he earned his gold-laced buttons and half his legend hunting and killing such a beast, that he truly understood...there are always bigger fish in the sea.

This item will never be tradeable or purchasable on the marketplace. Unlock it at Battle Level 225 before The International ends. Players who complete the accompanying Quest Path will also receive an alternate style unlock for the Prestige item.