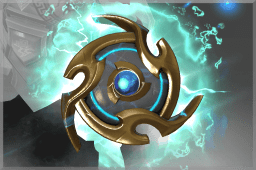 As his impulses once again got the better of his oath, and Zeus for a brief moment considered resignation to the prospects of a long mortal life, a new thought occurred to him. His wife had surely diminished his powers, but she had not cut him off from the source. He had already managed to regain some of his former glory. Perhaps with a bit of lordly resolution, he might tease the tendrils of divinity--infused into the endowments of Celestarr--towards his own hand once more.