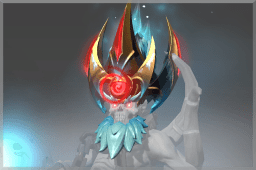 There was no prize in life Ethreain coveted more than the Bloodwhorl Crown, rumors of which drove him from kingdom to kingdom on a merciless hunt, and eventually to his mortal demise. Little did he know that no living creature may wear the crown, and had his quest succeeded before failing first, it would have proven his greatest failure of all.